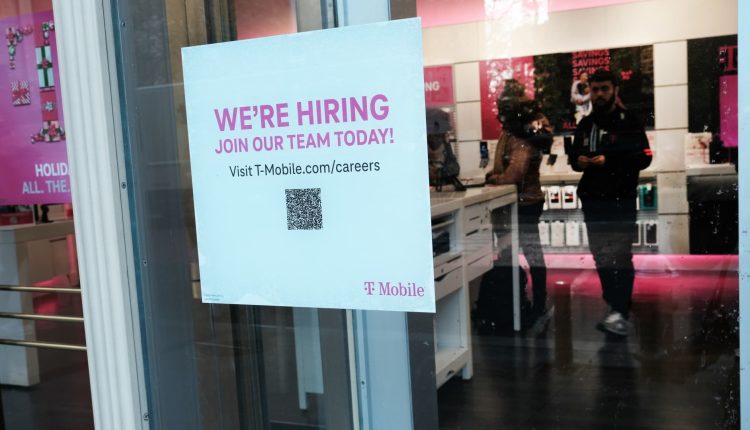 Demand for jobs remained high in November as companies sought workers to fill vacancies despite fears of a looming recession, the Labor Department reported on Wednesday.

The Vacancies and Labor Turnover Survey for the month showed available jobs at 10.46 million, down only slightly from October and above the 10 million forecast by FactSet. The JOLTS survey is being closely watched by Federal Reserve officials for signs of a slowdown in the job market.

As a share of the labor force, job vacancies remained at 6.4%, suggesting that labor demand is still high despite the Fed’s efforts to cool the economy and lower inflation, which have been driven in part by rising wages .

A separate data point on Wednesday showed that the US manufacturing sector contracted for the second straight month. The ISM Manufacturing Index for December was 48.4% and represents the percentage of companies that are expanding. That was roughly in line with Dow Jones’ estimate of 48.5%. A value below 50% indicates a contraction.

On the jobs front, the JOLTS report showed a slight decline in new hires and a slight increase in layoffs. However, the report contained little evidence of significant labor market weakness.

The number of layoffs rose by 126,000, raising the rate by a tenth of a percentage point to 2.7%, a figure that indicates workers’ confidence that they can leave their jobs and find other employment.

Vacancies outpaced the available workforce by about 1.7 to 1.

The ISM report also showed that the manufacturing labor market is solid. The job index component of the metric rose 3 points to 51.4. At the same time, the price index, a measure of inflation, fell 3.6 points to 39.4 points.

Markets will be watching later in the week for the Labor Department’s nonfarm payrolls report, which is expected to show job growth of 200,000.