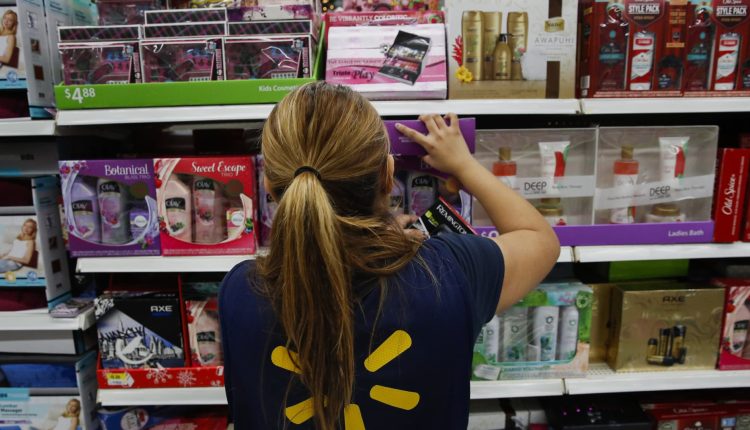 Walmart said Tuesday it was raising its minimum wage for store workers to $14 an hour, an increase of about 17% for workers who fill shelves and serve customers.

As of early March, store workers are making between $14 and $19 an hour. They currently make between $12 and $18 an hour, according to Walmart spokeswoman Anne Hatfield.

With the move, the retailer’s average US wage is expected to exceed $17.50, Walmart US CEO John Furner said in an employee-wide memo on Tuesday.

About 340,000 store employees will get a raise as a result of the move, Hatfield said. That’s a pay rise for about 21% of Walmart’s 1.6 million employees.

The retail giant, the country’s largest private employer, is raising wages at an interesting time. Weaker trends in retail sales have prompted companies, including Macy’s and Lululemonto warn investors of a tougher year recently. Some economists are calling for a recession amid persistent inflation and changing consumer habits.

Prominent technology companies, media organizations and banks, among them Google, Amazon and Goldman Sachs, have laid off thousands of employees and set off alarm bells. Nevertheless, the labor market remained strong. Non-farm payrolls growth slowed slightly in December but was better than expected. And the number of Americans filing new jobless claims fell last week.

So far, retailers have largely avoided job cuts. Instead, they continue to struggle with a tight job market.

However, he said retailers may also plan cautiously. Over the past 18 months they have had to work harder to attract and retain workers. If they lose too many employees, he said, hiring and training new employees can be costly.

“Any retailer needs to think carefully and think twice about laying off a large portion of their workforce,” he said.

In an employee memo from Walmart, Furner said the pay increase will be part of many employees’ annual increases. Some of those pay increases will also go to store employees working in parts of the country where the job market is more competitive, the company said.

Walmart also sweetens other perks to attract and retain employees. Furner said the company is adding more college degrees and certificates to its Live Better U program, which covers tuition and fees for part-time and full-time employees. It’s also creating more high-paying jobs at its auto care centers and recruiting employees to become truck drivers, a job that can earn up to $110,000 in its first year.

Other retailers were a step ahead of Walmart when it came to employee pay. Goalfor example, announced in 2017 that it would gradually increase its minimum wage, reaching $15 an hour in July 2020. The rival big-box player, which operates stores in higher-cost-of-living cities like New York City and San Francisco, launched its own debt-free college degree in 2021.

This story evolves. Please check back for updates.

Amazon is including a generic prescription profit to Prime members