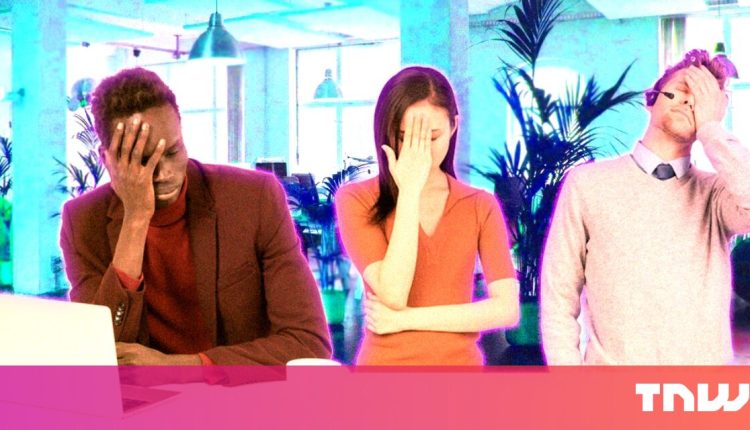 This article was originally published on .cult by Nadya Primak. .cult is a Berlin community platform for developers. We write about all things career, make original documentaries, and share tons of other untold developer stories from around the world.

The tech industry is not known for great interview processes. From the infamous whiteboard interviews to algorithmic challenges that require a computer science degree to even get by, there are all manner of outdated standards and approaches to interviewing developers that should have died out years ago. Unfortunately, like most legacy systems we tend to hate, these interview processes are likely to show up in your career from time to time. Or if you’re unlucky like me, they might show up a little more often.

To be clear, I am not writing this post to denounce any particular company or to name and shame them. For every company I’ve experienced these issues at, there are hundreds of thousands if not millions more. One of the most common ways tech companies gatekeep is by making the application process so difficult that all but (generally) white males with a computer science degree feel like they’re not good enough or destined to do it belong.

In this post, you’ll read some of the most common ways companies are using to make your application process a nightmare and hopefully catch them early so you don’t waste your time. I’ll share personal anecdotes about how they influenced me and how I moved past them, and you can too.

As I said in the introduction, whiteboard interviewing is one of those outdated approaches that tech companies still like to torment us with. The general idea is that you stand in front of a whiteboard and write pseudocode that describes how to solve an algorithm.

If it’s not immediately obvious why this approach sucks, let me explain. Forcing a developer to write code by hand is inherently unnatural because it takes us away from where we do our best work: in front of a computer. It also robs us of our most useful tool: search engines. Not to mention that it bears no relation to the everyday reality of the job.

This is especially problematic for self-taught developers, as the less expensive online courses and resources typically don’t focus on algorithms, but on more practical on-the-job skills like building applications. Even students who graduated from a traditional 4-year institution and majored in computer science often have to practice these algorithms when going to job interviews because they’re easy to forget.

I’ve lost track of how many whiteboard interviews I’ve had, but a few of them I remember particularly well. One was for a small startup where I was interviewing 1:1 and the guy interviewing me was very clumsy. I knew the algorithm he wanted me to write was relatively simple, but for some reason my brain just couldn’t remember it. Instead of ending the interview early or just giving me a hint, the interviewer insisted on dragging out the whiteboard portion for a ridiculously long time. I spent well over an hour in his office struggling with this before I finally got to the solution. Of course I didn’t get the job, but I was so frustrated afterwards that my humiliation had to drag on for so long.

The good news is that whiteboard interviews are going out of fashion. There’s a lot of criticism of them in the developer community, and I can probably count on one hand how many developers I know who really enjoy these kinds of interviews.

If you went to high school in the United States, you probably have a special hatred in your heart for timed tests. When I first took the ACT I got a bad score simply because I couldn’t stop looking at the clock and worrying about how much time I had left. It didn’t help that I had to go to the bathroom halfway through, but I was too nervous to leave the room because I could lose so much time.

Like the whiteboard interviews, timed technical assessments typically include algorithm components. A few years ago I decided to try one of those platforms where you do a coding test to create a developer profile for companies that want to outsource the technical stuff to a third party (Hired is an example).

There were three different challenges that I had to successfully complete in order to be accepted into the platform. All were algorithm-heavy and I had relatively little practice. I ended up getting stuck on the second challenge and didn’t have enough time to complete the third. It can be very demoralizing to take a test and feel like you have virtually no idea what you’re doing. If you’re self-taught, you’re probably going to feel pretty demoralized because you didn’t study algorithms in college.

The added time pressure also doesn’t reflect the reality of most developer jobs. There’s almost never a situation where you only have 20 minutes to complete a task, in fact, coding new features usually takes days or even weeks.

The good news is that there are platforms that have emerged to help developers prepare for these timed technical assessments. Hackerrank is probably the most popular and a great tool for self-taught and computer graduate developers to brush up on those skills.

Unlike whiteboard interviews, timed technical reviews don’t go anywhere. They come in handy for hiring managers as all they have to do is send a link to the developer and the platform will manage the test and return the results. Hiring managers who choose to use these platforms are not necessarily lazy, they may just run a small business or have too many other responsibilities to handle. But it’s still worth being careful with this type of interview and knowing what you’re getting yourself into.

Not all phone screens are technical. Some of these are casual chats with the recruiter or someone in HR. In fact, this is usually what we think of when we think of a phone screen. However, sometimes companies get creative or want to shorten the interview process by skipping a technical assessment and simply conducting a question and answer over the phone.

In theory, that could be great. No tech reviews or take-home projects to worry about. Just a quick call and you’re done! That was exactly my mindset when I first experienced this type of interview. But my attitude changed quickly after I got the job. I realized that some of my colleagues didn’t have the required skills at all and could fairly easily trick the hiring manager into thinking they were competent.

The other danger of phone screening is the jargon. Again, this is more of a problem for the self-taught, but there is so much jargon in the world of programming that no one is safe. If I’m asked over the phone to define a technical term, there’s a good chance I know the concept, just not by name – but I’ve either forgotten the term it’s associated with or I haven’t encountered it enough to try and remember what it means. This has resulted in my failing phone screenings in the past or being asked to do additional take-home duties.

It’s pretty rare for a company to just do a phone screen and not do an in-person or online coding test, but you may come across it when you’re doing commissioned work or applying for a company that doesn’t have many technical positions. Just tread carefully.

Self-taught developers need to pay more attention and often prepare better for job interviews than their counterparts with computer science degrees. It often boils down to the difference of being less familiar with the jargon and algorithms that are overemphasized in the interview process compared to the actual day-to-day work of software developers.

Luckily, some of the particularly awkward interview approaches like whiteboard interviewing are becoming fairly unpopular, but it’s still worth being prepared and knowing that there’s a chance you’ll be presented with some sorting puzzles or word salad.

You should also know that there are companies that provide hands-on coding challenges that reflect a better environment for programmers because it means they care about their candidates’ experience (and probably care more about their employees, too). There’s room for improvement, but there’s also a lot of debate about how to improve the application process in the industry, and fortunately, some companies are actually listening and making big improvements.