The Most Gorgeous Neural Tales of 2022 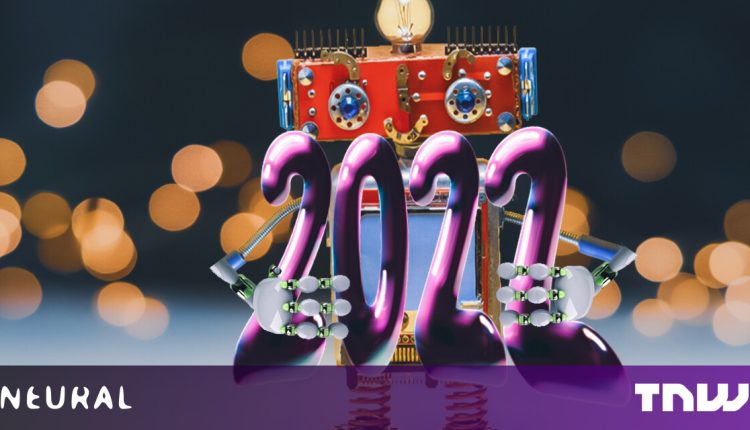 We made it! Despite mankind’s best efforts, we made it through 2022. Before we pick ourselves up, dust ourselves off, and prepare for what 2023 has in store, we should probably take some time to reflect on the past year.

Here at Neural, that means sharing our favorite stories from the past 12 months. In 2022 there was a lot of overwhelming news in the world of technology. From Elon Musk’s purchase of Twitter to former Google engineer Blake Lemoine declaring that he had met sentient AI, it’s been a year to remember.

But instead of rehashing months-old news, we wanted to take this opportunity to share our most mind-blowing and fascinating stories of the year. Some of these were big news when we released them, others have an evergreen feel to them. But these are all items that we are particularly proud of.

Subscribe to our newsletter now to get a weekly roundup of our favorite AI stories delivered to your inbox.

So, before we say goodbye to you and 2022, and without further ado, here are Neural’s most mind-blowing stories of the year.

TNW/Neural reporter Thomas Macaulay has had a fantastic year. It would take a few volumes to reprint all of the amazing stories he wrote in 2022, but we’ve managed to snag five hits for your reading pleasure.

Why have aliens never visited Earth? Scientists blame the singularity for this

What if the real reason we haven’t encountered aliens is because their civilizations grew too big to thrive? This is all theoretical, but you might be surprised who might be the first species to experience this “burnout.”

It’s all fun and games until your childhood pal becomes a killer robot. This is eerily similar to the plot of the 1986 cult classic Deadly Friend. Although the real story is about a guy who trained an AI-powered microwave to behave like his imaginary friend, and the movie was about a guy who put a computer chip in a dead man’s head, both stories have their merits as classic horror films you ask me.

This story is a wonderful insight into the experience of culinary cuisine at the highest level. It’s a great story. But if I’m being honest, my biggest takeaway is that Tom’s childhood favorite food was steak.

The Dutch are world leaders in lab-grown meat. Why can’t they eat it?

The Dutch are world leaders in lab-grown meat. How come they can’t eat it?

This is one of my favorites and a perfect example of why Tom is so good at what he does. This deep dive not only discusses the technology, but dares to ask difficult questions: “It’s not vegetarian, but if it eliminates all the disadvantages of conventional meat, why shouldn’t I eat it?” And why can’t I find it in Europe?”

The 7 most absurd predictions by Elon Musk

Elon Musk is the richest person in the world. If you ask us, that’s a lot less impressive than it sounds. He spent 2022 doing what he always does: making headlines and causing controversy. Rather than speculating on what he’ll do next, we wanted to gently remind you that he has a habit of making things up over time.

I’m usually not one to blow my own horn. But since it’s Christmas time, I thought I’d share my favorite Neural stories written by you in 2022:

This whole thing became a big thing on Twitter, at least as far as the AI ​​community is concerned. There was a significant amount of respectful debate that has since spread into numerous other discussions of fancy AI models from OpenAI and Meta.

Your brain could be a quantum computer hallucinating math

I’m not sure who needs to hear this, but your brain is a lot smarter than you think. While you enjoy life in a classical world, our brain (theoretically) works in a quantum world. If it sounds difficult, that’s because it is.

Eureka! Scientists have just connected two time crystals together for the first time

The biggest story of 2021 was Google’s time crystals. To this day, I think it’s the most important story I’ve ever covered. But 2022 also had some very cool experiments in the same domain. I can’t wait for 2023!

Why “home robots” are a lot further away than you think

Elon Musk and Tesla are trying to convince the world that they are about to put a humanoid helper robot into production. Spoiler alert: they most certainly aren’t. A little critical thinking goes a long way here.

I wrote this piece in early January 2022 and after thinking about it all year I stand by it. I’m pretty sure the world ended in 2012, that’s the only thing that makes sense.

However, if this was not the case and all of this was true, I would like to wish you a wonderful 2023. On behalf of Neural, thank you for reading. Happy New Year!