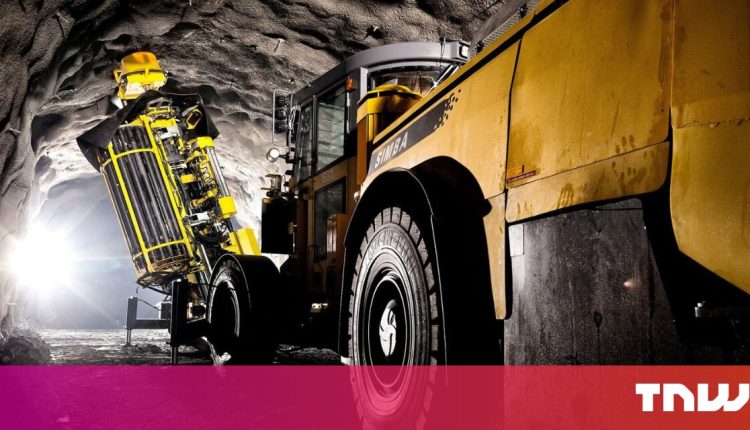 Swedish company LKAB has discovered what it says is Europe’s largest deposit of rare earth metals, promising a crucial boost to the continent’s trade security and green transition.

“Rare earths” are a group of 17 chemical elements made up of scandium, yttrium, and lanthanides. Contrary to their name, rare earths are actually abundant; Their rarity stems from the complexity of their extraction, separation and refining, which can generate toxic and radioactive waste and have a negative impact on the environment.

But despite their environmental hazard, they are crucial for the manufacture of numerous high-tech products. This ranges from household goods (televisions, computers and smartphones) to medical equipment (X-ray and MRI scans) to defense systems (including jets and night vision devices).

Most importantly, they are also key to the clean energy transition as they are components of the magnets used in electric vehicles and wind turbines.

Not mining itself, the EU imports 98% of its supply of rare earth metals from China, which hosts most of the world’s reserves and is the largest global supplier.

However, the discovery of LKAB could be a game changer. The state-owned company said it had found a deposit called Per Geijer of over a million tons in the Kiruna region of Lapland in the Arctic Circle.

The Per Geijer deposit is located in close proximity to existing mining operations in Kiruna. Photo credit: LKAB

“Electrification, EU self-sufficiency and independence from Russia and China will start at the mine,” Sweden’s Energy, Economy and Industry Minister Ebba Busch said in a statement.

“We need to strengthen the industrial value chains in Europe and create real opportunities for the electrification of our societies. Politicians must give industry the conditions to switch to green and fossil-free production,” she said.

Reducing dependence on foreign supply chains and ensuring access to critical raw materials is a key focus of the EU agenda, as well as Europe’s goal to become the first climate-neutral continent by 2050.

“Lithium and rare earths will soon be more important than oil and gas,” stressed EU Commission President Ursula von der Leyen in a speech in September. “Our demand for rare earths alone will increase fivefold by 2030,” she added, emphasizing the need to avoid oil and gas-like dependency.

In the same train of thought, EU Commissioner Thierry Breton underlined the need for action. “Take China, with its virtual monopoly in rare earths and permanent magnets and prices up 50-90% in the last year alone,” he wrote. “The supply of raw materials has become a real geopolitical tool.”

While LKAB is already investing heavily in the project to move forward, President and Group CEO Jan Moström emphasized that there is still a long way to go. He anticipates that it will take several years to study the deposit, assess its viability and assess the sustainability and environmental impact of the mining process. LKAB can then proceed with an environmental assessment application and a permit application.

“If we look at how other permitting processes have worked in our industry, it will be at least 10 to 15 years before we can actually start mining and get raw materials to market,” explained Mostrom.

Provided LKAB finds a way to mitigate the environmental costs associated with mining, the Per Geijer deposit could give Europe the impetus it needs to secure domestic supplies of critical raw materials and facilitate its green transition.

The uninsured charge within the US fell in the course of the Covid pandemic, Medicaid and Obamacare protection elevated