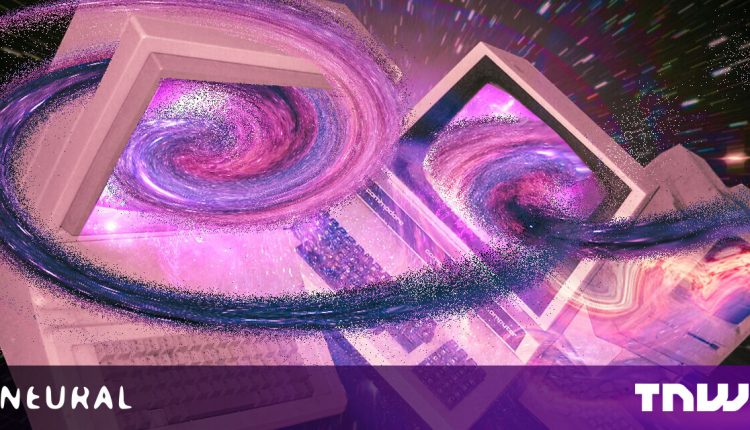 Nikita Gourianov, a physicist at Oxford university, yesterday published a scathing article full of wild, damning claims about the field of quantum computing and the scientists who work in it.

According to Gourianov, the quantum computing industry has been led astray by greedy physicists who’ve hyped up the tech’s possibilities in order to rip off VCs and get paid private-sector salaries for doing academic research.

Per Gourianov’s article, the real problems started in the 2010s after investors started taking notice of the hype surrounding quantum physics:

As more money flowed in, the field grew, and it became progressively more tempting for scientists to oversell their results. With time, salesman-type figures, typically without any understanding of quantum physics, entered the field, taking senior positions in companies and focusing solely on generating fanfare. After a few years of this, a highly exaggerated perspective on the promise of quantum computing reached the mainstream, leading to a greed and misunderstanding taking hold and the formation of a classical bubble.

Subscribe to our newsletter now for a weekly recap of our favorite AI stories in your inbox.

Gourianov’s entire premise seems to hinge on their assertion that “despite years of effort nobody has yet come close to building a quantum machine that is actually capable of solving practical problems.”

They illustrate their argument by pointing out that Rigetti, IonQ, and D-Wave (three popular quantum computing companies) combined have failed to turn a sufficient profit.

The reality is that none of these companies — or any other quantum computing firm, for that matter — are actually earning any real money. The little revenue they generate mostly comes from consulting missions aimed at teaching other companies about “how quantum computers will help their business”, as opposed to genuinely harnessing any advantages that quantum computers have over classical computers.

Finally, Gourianov’s conclusion leaves no doubt as to their feelings on the subject:

Well, when exactly the bubble will pop is difficult to say, but at some point the claims will be found out and the funding will dry up. I just hope that when the music stops and the bubble pops, the public will still listen to us physicists.

In the words of the great Jules Winnfield, Samuel Jackson’s character from the classic film Pulp Fiction, “Well, allow me to retort.”

I have but five words I’d like to say to Gourianov, and they are: IBM, Google, Amazon, Microsoft, and Intel.

I don’t think we need to do a deep dive into big tech’s balance sheets to explain that none of those companies are in any financial danger. Yet, each of them is developing quantum computers.

It’s unclear why Dr. Gourianov would leave big tech out of the argument entirely. There are dozens upon dozens of papers from Google and IBM alone demonstrating breakthrough after breakthrough in the field.

Gourianov’s primary argument against quantum computing appears, inexplicably, to be that they won’t be very useful for cracking quantum-resistant encryption. With respect, that’s like saying we shouldn’t develop surgical scalpels because they’re practically useless against chain mail armor.

Shor’s algorithm has been a godsend to the quantum industry, leading to untold amounts of funding from government security agencies all over the world. However, the commonly forgotten caveat here is that there are many alternative cryptographic schemes that are not vulnerable to quantum computers. It would be far from impossible to simply replace these vulnerable schemes with so-called “quantum-secure” ones.

This appears to suggest that Gourianov believes at least some physicists have pulled a bait-and-switch on governments and investors by convincing everyone that we need quantum computers for security.

The EU funding plans for inexperienced applied sciences are…

This argument feels a bit juvenile and like a borderline conspiracy theory. Governments around the world have been working in tandem with experts from companies such as Google spinout SandboxAQ and IBM for several years to address the encryption issue.

No serious person involved in the decision-making is going to be confused about how math works because of crappy marketing hype or a misleading headline.

Gourianov’s rhetoric reaches a peak as they appear to accuse physicists of manipulating the hype around quantum computing out of sheer greed:

Some physicists believe, in private, that there is no problem here: why not take advantage of the situation while it lasts, and take the easy money from the not-too-sophisticated investors? Earning a private-sector level salary whilst doing essentially academic research is a pretty good deal, after all.

That’s quite the accusation.

On the whole, however, it feels like Gourianov’s chief complaint isn’t that quantum computers don’t work, it’s that they aren’t very useful. dr Gorianov isn’t wrong. The technology is far from mature.

But make no mistake, today’s quantum computing systems do work. They just don’t work well enough to replace classical computers for many useful functions — yet.

Along the way, a lot of reputable scientists said the PC market was a bubble. The naysayers claimed it was not only pointless for consumers, but that there were just too many problems to overcome in order to make computers affordable and useful for personal use.

We all know how that worked out for IBM. Do we need to even get into what Intel, Microsoft, Amazon, and Google have accomplished over the course of their ventures? They each have their own roadmaps concerning how they’re approaching the STEM challenges involved in quantum computing. So does MIT, Harvard, Oxford and myriad other universities.

I’m not a big tech shill by any means, but there’s a lot to be said about a fistful of companies worth somewhere around the one trillion dollars mark each deciding that a future-facing technology vertical is worth wagering their bankbooks on.

It’s beyond the scope of this article to address every non-trillion dollar company in the quantum computing field. But, having spoken to dozens of people working at various quantum computing companies, including the ones Gourianov mentioned, it’s clear to me that nobody building quantum computers has any misconceptions about their capabilities — not even the C-suite executives.

If VCs are confused and media hype is distorting the tech’s possibilities, I’d call that par for the course.

I can’t think of a single modern technology that mainstream journalism gets right all the time. And a significant portion of wealthy VCs are going to be both eager and ignorant about any given tech — shall we discuss AI or Web3 investments too?

The future is now

In my opinion, it would take a scientific shocker on par with discovering a viable antithesis for Newton’s laws for the bottom to fall out of the quantum computing industry. We’re not talking about a theoretical technology, we’re talking about a nascent one.

Quantum computers are here now. But like the IBM 5150 in 1981, they don’t really do anything that regular computers of their day can’t already do.

Still, I’d be interested in hearing what anyone who said the PC market was a bubble back in 1981 has to say about it now.

I imagine we’ll all see quantum computers differently in 40 years.

Perhaps quantum computing is a bubble market for VCs looking for short-term ROI projects, but the technology isn’t going anywhere.

There’s overwhelming evidence that today’s quantum computing technology is rapidly advancing to the point where it can help us solve problems that are infeasible for classical computation.

Maybe there are a bunch of greedy scientists out there peddling unwarranted optimism to VCs and entrepreneurs. But I’d wager that the curious scientists and engineers who chose this field because they actually want to build quantum computers outnumber them.

CDC cautiously optimistic outbreak is likely to be slowing

Meta desires to supercharge Wikipedia with an AI improve