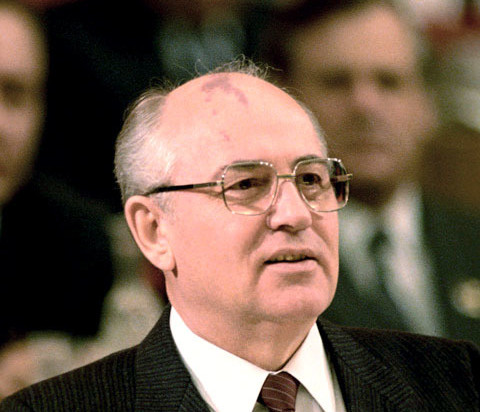 Mikhail Gorbachev will be remembered by most as the last leader of the Soviet Union. But he was also one of the founding architects of the United Nations climate action machine.

Mikhail Gorbachev, the former Soviet leader whose reforms led to the unexpected disintegration of his own country and the demise of communism in Central and Eastern Europe, has died in Moscow at the age of 91.

Hailed abroad as the savior who brought freedom to millions of Soviet citizens, he was often blamed at home for the chaotic years that followed and survived long enough to see Russia return to autocracy under the rule of Vladimir Putin .

Gorbachev, who received the Nobel Peace Prize in 1990, died after a “serious and protracted illness,” Russian news agencies quoted hospital officials as saying on Tuesday. Recent reports suggested he was suffering from kidney disease.

Most people remember Gorbachev for his attempts to liberate the Soviet state. Gorbachev freed political dissidents and prevented the Soviet military from crushing the uprising in East Germany and other satellite states.

But despite his gentle dealings with dissidents, Gorbachev was a communist until the end of the Soviet empire. Gorbachev strongly opposed Chinese leader Deng Xiapong’s bottom-up capitalist reforms, which had already shown promise in the Soviet Union’s final years. Gorbachev instead tried and failed to reform communism, enacting a series of superficial reforms that did not prevent supply chain hoarding and did not deliver real economic growth.

Apparently, the experience of driving the Soviet economy into the abyss was not enough to convince Gorbachev that he was wrong about capitalism. Gorbachev joined Green Cross International in 1993 after the 1992 Rio Earth Summit.

When the Iron Curtain fell, all we could think about was that we had won. Our ideas, freedom and capitalism, could finally flow eastward and liberate the peoples of the former Soviet states. We never thought of ideas flowing both ways.

The fall of the Soviet Union also gave unreformed communists like Gorbachev more opportunities to influence our politicians, attack our freedoms and infect our governments with their worldview.