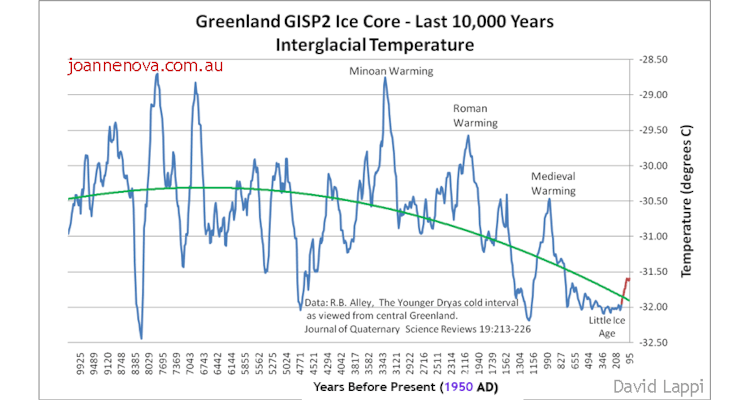 Big Oil is accused of conspiring to mislead the public that the current warming may not have been caused by anthropogenic CO2.

Big oil is behind a conspiracy to deceive the public, says first-ever climate blackmail lawsuit

The same blackmail legislation that has taken down mob bosses, motorcycle gangs, football executives and international scammers is set to be tested against oil and coal companies accused of conspiring to mislead the public about the climate crisis.

In an ambitious move, it seeks to hold the fossil fuel industry accountable for “decades of deception” in a lawsuit by Puerto Rico communities devastated by Hurricane Maria in 2017.

“Puerto Rico is one of the most affected places in the world by climate change. It’s so precariously positioned — they’re hit on all fronts by hurricanes, storm surges, heat, coral bleaching — it’s the perfect place for this climate process,” said Melissa Sims, senior counsel at plaintiffs’ law firm Milberg.

Now, the first-ever climate change case in Rico claims that international oil and coal companies, their trade associations, and a network of paid think tanks, scientists, and other activists have conspired to inform the public — particularly Puerto Ricans — about the direct link between to fool them their greenhouse gas emitting products and climate change.

Where do the accusations of the great oil conspiracy come from?

In 1982, Exxon prepared an internal summary of other people’s research. Ever since the document became public, climate activists have touted the internal memo as evidence that they have “hidden” their knowledge of climate change.

But the document contains fairly large caveats and, as I said, was based on public domain research.

Note the “Warning” at the bottom of page 4 and continue to the top of page 5:

“Currently there is no clear evidence that the earth is warming. If the Earth is on a warming trend, we probably won’t see it until 1995. This is about the earliest forecast of when the temperature could rise by the 0.5° needed to exceed the range of normal temperature fluctuations. On the other hand, if uncertainties in climate modeling have exaggerated the temperature rise, it is possible that a carbon-dioxide-induced “greenhouse effect” will not be recognized until 2020 at the earliest.”

Imagine you were an Exxon executive in 1982 and read such a statement. Would you have a) hit the panic button and told shareholders that you were going to shut down the company, or b) viewed Glaser 1982 as an interesting scientific document of little relevance to current operations?

At the bottom of page 5, Glaser 1982 gives advice on the appropriate response;

Overall, the current outlook suggests that potentially serious climate problems are unlikely to materialize until the end of the 21st century, or perhaps beyond, at projected energy demand rates. This should provide time to resolve uncertainties about the overall carbon cycle and the contribution of fossil fuel burning, as well as the role of the oceans as a reservoir of heat and carbon dioxide. There should also be time to better define the effect of carbon dioxide and other infrared absorbing gases on surface climates. It would be premature to make any significant changes in energy use patterns now to address this potential problem, given all the scientific uncertainties given the serious impact such moves could have on world economies and societies.

The Guardian article refers to a 1998 “conspiracy” to mislead the public, but does not provide specifics on which document they are talking about. It could be one of the papers published by Naomi Oreskes, a large list of ads published by oil companies casting doubt on claims that CO2 is driving global warming.

But do these documents and ads really represent a conspiracy to defraud? Or are they just a constitutionally protected expression of free speech?

Even if you think CO2 is the main driver of modern warming, do you really think it should be a crime to disagree?

Another glaring absurdity in the Puerto Rican lawsuit is that they still want big oil to continue supplying their evil product. As far as I can tell, there is no requirement that the big oil companies stop supplying petroleum products to Puerto Rico to protect the world’s climate.

Such complaints deserve our ridicule, not our respect.

Tens of millions danger dropping out on Medicaid in spring amid $1.7 trillion in federal spending