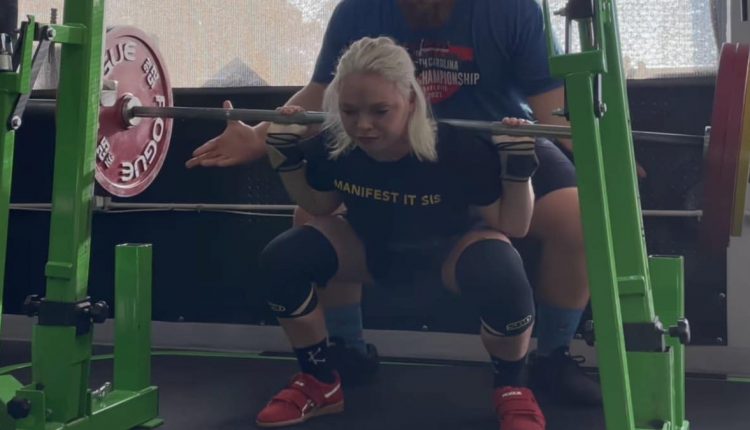 Time and time again, Heather Connor shows why she’s regarded as one of the world’s strongest powerlifters. In advance of her next competition across the pond, the elite 47-kilogram lifter recently showed off her tremendous leg strength.

On August 29, 2022, Connor shared an Instagram clip of herself completing a 152.5-kilogram (336-pound) raw back squat during a training session. the feat is a personal record (PR) for Connor, and it also eclipses her all-time competition best by 9.4 kilograms (20.8 pounds). Connor previously notched her competition best back squat of 143 kilograms (315.2 pounds) at the 2022 USA Powerlifting (USAPL) Raw Nationals.

Connor’s strides with her squat are a part of her overall preparation for the upcoming 2022 Fédération Française de Force (FFForce) Girl Power in France. The competition will take place on October 15, while its precise location is still unclear at the time of this writing. The contest will mark Connor’s debut in a sanctioned French lifting setting.

The athlete has competed on an international lifting platform before. Connor is a two-time International Powerlifting Federation (IPF) World Champion in the 47-kilogram weight class (2018-2019). Her most recent appearance at the IPF Worlds earlier this summer saw the American athlete score a new deadlift IPF World Record of 185 kilograms (407.8 pounds). That staggering pull helped Connor to an eventual second-place finish behind the victor, Tiffany Chapon.

Strongman legend Hafthor Björnsson is inducted into the…

[Related: How to Do the Kettlebell Swing for Explosive Power, Strength, and Conditioning]

At the time of this article’s publication, Chapon has not made a public allusion to competing in the 2022 FFForce Girl Power against Connor. After falling short to Chapon at the 2022 IPF Worlds in South Africa, Connor seemed disappointed at her performance while giving credit to her peer.

“Not my best, certainly not my worst, but today is what I had in me,” Connor wrote in a reflective June 6 Instagram post. “The stronger lifter [Chapon] won today, and I’m perfectly okay with that.”

A win at the Girl Power contest, regardless of whether Chapon participates, would undoubtedly be a quality way for Connor to bounce back from her finish in South Africa. In the event there is a confirmation, Connor and Chapon could start making for a fascinating, back-and-forth rivalry in the 47-kilogram weight class in the coming years.

Will a Small Change in Common Temperature Result in a Massive Change in Extremes? – Watts Up With That?