How Amazon is giving Rivian an edge within the EV business 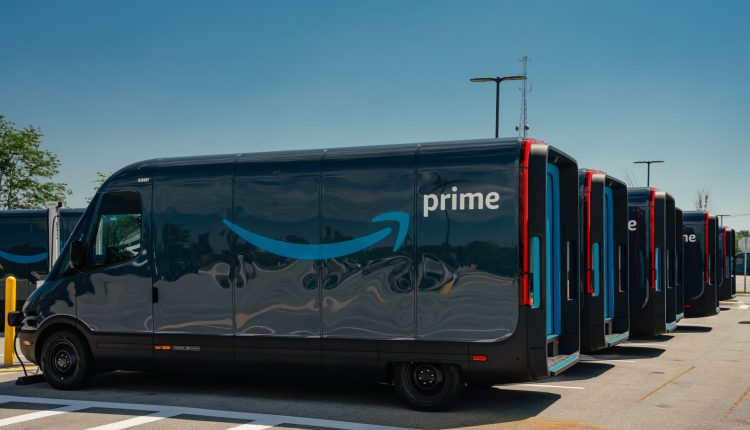 Following in Tesla’s footsteps, another electric vehicle company has been making a name for itself, with a unique spin: Rivian Automotive.

Founded in 2009, Rivian is focusing on upscale electric trucks and SUVs with an emphasis on outdoor adventure. CNBC’s John Rosevear calls them the “Patagonia of electric vehicles.”

Rivian launched its first vehicle, the R1T electric truck, at the end of last year. It’s been working to scale up production and is planning to ship its SUV — the R1S — built off of the same platform, later this year.

It’s been a long and arduous road to get to this point. But Rivian has received some major assistance, including $700 million from Amazon in 2019 and $500 million from Ford a few months later. Initially, Rivian and Ford sought to develop a joint vehicle together, but the companies ended up canceling those plans.

However, the partnership with Amazon is still on track. Following its investment, Amazon said it would purchase 100,000 custom-built electric delivery vans, part of its move to electrify its last-mile fleet by 2040.

When Rivian went public in November 2021, it had one of the largest IPOs in US history. But the turbulent economy has cast a shadow over its rocketing success. As the market responded to inflation and fears of a recession, the stock took a big hit. But with the Amazon deal secured, some are confident the EV maker can weather the storm.

“When Amazon invested in them…but more importantly, put a commitment to buy all of those vehicles from them, they changed the market dynamic around that company,” said Mike Ramsey, an auto and smart mobility analyst at Gartner.

Last month, Rivian and Amazon rolled out the first of the electric vans. They are starting to deliver packages in a handful of cities, including Seattle, Baltimore, Chicago and Phoenix.

Watch the video to find out more.