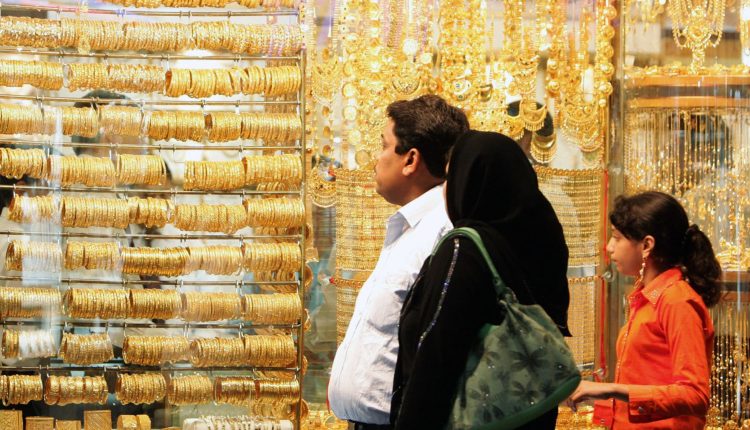 The price of the precious metal could reach between $2,500 and $4,000 sometime next year, Kiener told CNBC’s Street Signs Asia on Wednesday.

There’s a good chance the gold market will see a big move, he said, adding “it’s not just going to be 10% or 20%,” but a move that “is going to really make new highs.”

Kiener explained that many economies could face “a small recession” in the first quarter, which would cause many central banks to slow their pace of interest rate hikes and immediately make gold more attractive. He said gold is also the only asset every central bank owns.

According to the World Gold Council, central banks bought 400 tons of gold in the third quarter, nearly doubling the previous record of 241 tons for the same period in 2018.

“Since [the] 2000s, the average rate of return [on] Gold in any currency is between 8% and 10% per year. You failed to do that on the bond market. You haven’t achieved that in the stock market.”

Kiener also said investors would be looking for gold as inflation remains high in many parts of the world. “Gold is a very good hedge against inflation, a great catch during stagflation and a great addition to a portfolio.”

Despite strong demand for gold, Kenny Polcari, senior market strategist at Slatestone Wealth, disagreed that prices could more than double next year.

“I don’t have a price target of $4,000, although I’d like to see it go there,” he said Thursday on CNBC’s Street Signs Asia.

Polcari argued that gold prices would see some decline and resistance at $1,900 an ounce. Prices would be determined by how global inflation reacts to rate hikes, he said.

Gold rallied on Tuesday as the US dollar weakened after the Bank of Japan adjusted its yield curve control policy. The announcement sent gold prices up 1% above the key $1,800 level before falling on Wednesday as the dollar gained ground.

China is a big buyer

When asked if supply was low due to high demand, Swiss Asia Capital’s Kiener said, “There’s always supply, but maybe not at the desired price.”

But high prices are no match for buyers in China, who pay a premium for the precious metal, he said.

Earlier this month, China’s central bank announced it had added about $1.8 billion worth of gold to its reserves, bringing the total to about $112 billion, Reuters reported.

“Asia was a big buyer. And if you look at the overall trade, gold is essentially leaving the West and going to Asia,” he added.

Nikhil Kamath, co-founder of India’s largest brokerage firm Zerodha, said investors should allocate 10% to 20% of their portfolio to gold, adding that it is a “relevant strategy” going until 2023.

“Gold has also historically been inversely proportional to inflation and has been a good hedge against inflation,” Kamath told CNBC on Wednesday.

Tens of millions danger dropping out on Medicaid in spring amid $1.7 trillion in federal spending