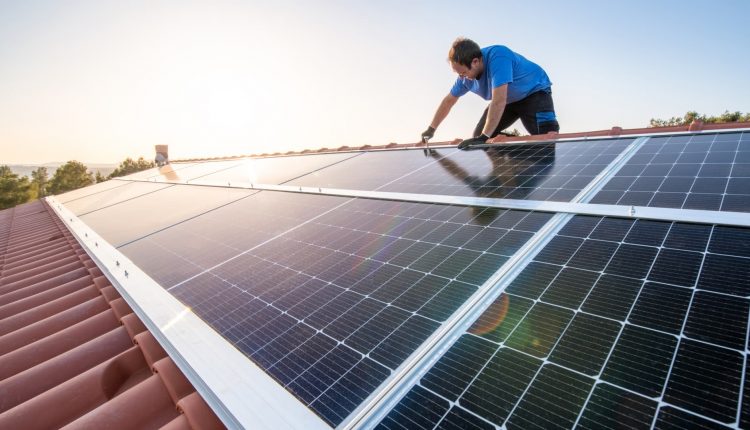 Earlier this month, the Biden administration took a major step in combating the climate crisis with the passage of the Inflation Reduction Act, which includes roughly $370 billion in energy and climate incentives – mostly in the form of tax credits, according to Goldman Sachs.

But with potential ripple effects on global supply chains as the domestic economy shifts toward a more energy-efficient era, strategic ETF investors can stand to benefit from the advances.

“It’s very clear that the administration is using the carrot,” Tim Johnston, partner at Blue Horizon Capital and co-founder of Li-Cycle, told Leslie Picker in an interview Monday on CNBC’s “ETF Edge.” “Trying to incentivize people to domesticate or at least work with fair trade countries in order to bolster the supply chain.”

Johnston said that incentives are decisive in building infrastructure for a sustainable energy generation, and how we use that energy all the way through.

“This capital that’s flowing in through the administration, it’s not just coming from the form of loans and grants,” he said. “It’s also coming through in the form of tax incentives, so all we’re expecting to see is a structural benefit that’s geared towards some of these companies that are really helping with this overall transition.”

And with a recent push toward sustainable ETFs, the move could double as a catalyst to drive further flows in those clean energy companies and industries that stand to benefit.

“It’s not as though clean energy is new to the ETF space,” Tom Lydon, vice chairman at VettaFi, said in the same interview. “There have been some great ETFs have been around for over a decade.”

Two of the biggest, Lydon said, are the iShares Global Clean Energy ETF (ICLN) and the Invesco Solar ETF (TAN). The two funds collectively have $9 billion in assets and are up year to date.

“Most of those ETFs that we have today tend to be cap weighted, so there’s more invested in fewer companies,” he said, which leaves less allocation to bolster up-and-coming companies in the clean energy space.

Beyond the dominating ETFs in the clean energy sphere, Lydon said that strategic investors need to look at other areas like smaller and overseas companies, and producers of lithium cobalt – not just battery or solar companies.

“We’re going to need those minerals as we continue to move this clean energy process forward,” Lydon said.

Among the funds driving the transition to new energy is the Blue Horizon New Energy Economy ETF (BNE), which acts as a single index solution to gain global exposure to clean energy themes.

Johnston said that Blue Horizon looks at the transition as being broken out across five broad segments: energy generation, distribution and storage, as well as e-mobility and performance materials – commodities like lithium, nickel, cobalt, copper and rare earths.

“This transition is really broad based, it’s not just here in North America,” he said. “And what we’re trying to do is identifying what we consider the leaders.”

That includes staple companies like Tesla that most every ETF investor has, Johnston said, while also incorporating areas like new types of battery technology subgroups and solar power.

“We see them as being an important part of this transition as we go forward,” he said.

The Science of Snowfall and Local weather Snowjobs – Watts Up With That?