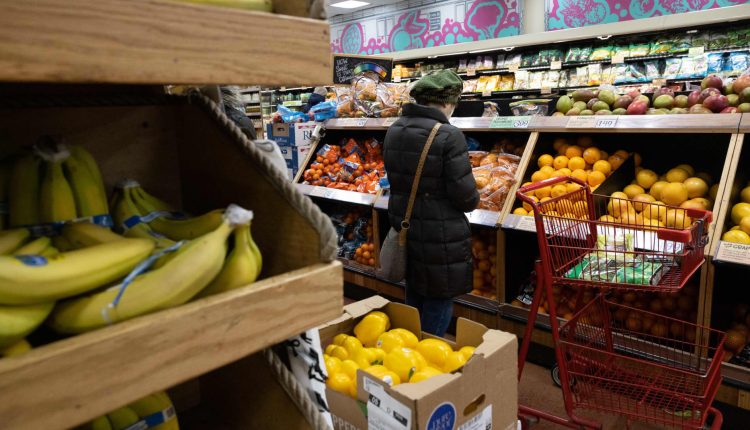 Inflation ended 2022 in a modest retreat, with consumer prices in December posting the largest monthly decline since the pandemic began, the Labor Department reported Thursday.

The CPI, which measures the cost of a broad basket of goods and services, fell 0.1% over the month, in line with the Dow Jones estimate. This was the largest month-on-month decline since April 2020 as much of the country went into lockdown to fight Covid.

Despite the decline, headline CPI rose 6.5% year-on-year, underscoring the continued strain that the rising cost of living has placed on US households. However, that was the smallest annual increase since October 2021.

Excluding volatile food and energy prices, the so-called core CPI rose by 0.3%, also in line with expectations. Core was up 5.7% year over year, again in line.

A steep drop in the price of gasoline accounted for most of the monthly decline. Prices at the pump fell 9.4% this month and are now 1.5% lower than a year ago after rising above $5 a gallon in mid-2022.

Heating oil slipped 16.6% over the month, also contributing to a 4.5% decline in the energy index overall.

Food prices rose 0.3% in December, while accommodation prices also posted another sharp rise of 0.8% for the month and are now 7.5% higher than a year ago. Shelter accounts for about a third of the entire CPI index.

Markets reacted little to the news, with equities falling slightly at the open and government bond yields also falling across most maturities.

Both annual gains remain well above the Federal Reserve’s 2% target, but are steadily moving downwards.

“Inflation is fading fast. Obviously it’s still painfully high, but it’s moving in the right direction quickly,” said Mark Zandi, chief economist at Moody’s Analytics. “I see nothing but good news in the report, apart from the top-line number: 6.5% is way too high.”

The CPI is the most closely watched gauge of inflation, accounting for movements from a gallon of gasoline to a dozen eggs and the cost of airline tickets.

The Federal Reserve prefers a different metric that adapts to changes in consumer behavior. However, the central bank takes in a wide range of information when measuring inflation, with the CPI being part of the puzzle.

The data indicated that consumer behavior is changing. There was also a note of caution as December’s decline was largely fueled by a drop in gas prices which may not be sustainable given market dynamics and consumer demand.

“We know we won’t get the same support from gas prices. So don’t expect the next report to look as good as this one,” said Simona Mocuta, chief economist at State Street Global Advisors. “But the trend is favorable.”

Markets are closely watching the Fed’s moves as officials battle inflation, which at its peak was the highest in 41 years. Supply chain bottlenecks, the war in Ukraine, and trillions in fiscal and monetary stimulus contributed to rising prices that spanned most sectors of the economy.

Policymakers are weighing how far to go with rate hikes designed to slow the economy and tame inflation. The Fed has so far raised interest rates by 4.25 percentage points to their highest level in 15 years. Officials have indicated the rate is likely to surpass 5% before they can step back to see the impact of policy tightening.

After the CPI report, market prices pointed to an increased likelihood that the Fed would approve a 0.25 percentage point rate hike on Feb. 1. That would be another move down for the central bank after approving four consecutive 0.75 percentage point hikes last year, slowing to a 0.5 point increase in December.

AEW is keen on a merger with WWE