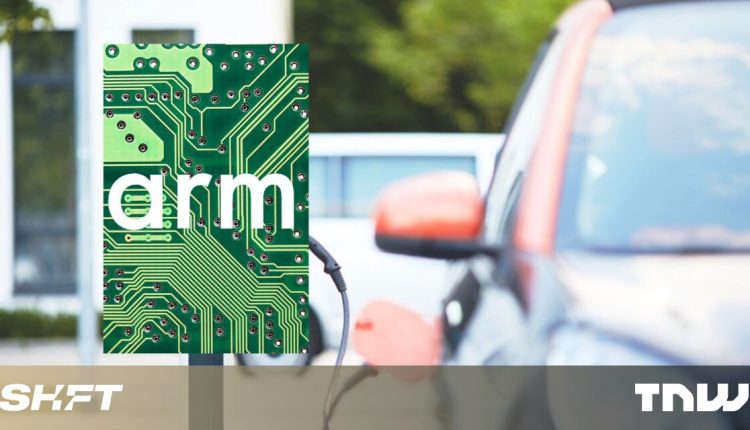 Chip designer Arm is rapidly expanding its automotive business in the face of increasing competition from open-source competitor RISC-V.

The segment’s sales have doubled since 2020, according to the Financial Times reports. Dennis Laudick, Arm’s VP of automotive go-to-market, attributed the growth to the number of chips required by high-end cars, which he dubbed “data.” [centers] on wheels.”

This trend will accelerate as demand for electric and autonomous vehicles grows. Semico Research predicts that the automotive chip IP market will double by 2027 — which could prove crucial to Arm’s future business.

The UK-based company produces chip designs used by an estimated 95% of smartphones, but the company’s star has faded in recent months. Financial troubles at parent company Softbank and a growing pool of competitors have raised concerns about Arm’s long-term prospects.

Mark Lippett, CEO of the chip specialist XMOSTNW said that focusing on vehicles is a sensible response.

“Thinking about the human experience, rather than the powertrain and other deeply embedded electronics that go into a car, the interface with the driver is increasingly relying on technologies originally developed for cell phones and tablets,” he said. “As such, moving into the automotive space is a logical next step for Arm.”

In February, SoftBank CEO Masayoshi Son announced plans to take Arm public in the US after a $40 billion sale to Nvidia fell through. Credit: Danny Choo

Another risk for Arm is increasing competition from the RISC-V Foundation. Headquartered in Switzerland, the non-profit organization produces an open-source chip architecture that is attracting growing interest.

RISC-V has proven itself especially popular in China, where it could boost semiconductor self-sufficiency and bypass US export restrictions. But it’s also caught the attention of Silicon Valley.

The architecture recently received a glowing endorsement from Google. In December, Lars Bergstrom, Director of Engineering at Android, demanded RISC-V be considered a “tier 1 platform” in the operating system – on the same level as Arm.

“RISC-V could be considered riskier.

Google’s support makes it entirely possible that Android-powered RISC-V smartphones will hit the market in the next few years — which would escalate Arm’s fears. However, the British company has a big lead in the automotive space.

“Already, the company’s main strength is in the manufacture of applications processors for mobile phones – and this will continue until RISC-V catches up,” said Bergstrom.

“The automotive sector also exhibits high levels of ecosystem complexity and historical conservatism. As that momentum slowly shifts, with disrupters like Tesla at the forefront, it may take other automotive companies longer to steer the ship from an established standard like ARM to something newer like RISC-V, which could be seen as riskier.”

Bergstrom advises RISC-V to target embedded segments like IoT that are more risk tolerant and less dependent on an ecosystem of partners. In the automotive sector, however, the open source challenger is still catching up.