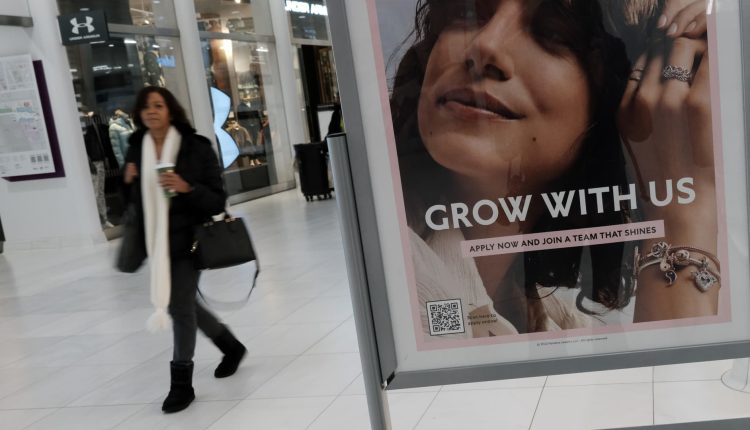 Private payrolls rose 235k for the month, well above the 153k Dow Jones estimate and the 127k originally reported for November.

While manufacturing grew by a relatively meager 22,000 jobs, service providers added 213,000, led by leisure and hospitality, which added 123,000 new jobs. Professional and business services grew by 52,000, while education and healthcare services added 42,000.

The big jobs surprise comes despite attempts by the Federal Reserve to stem a sizzling job market that has helped push inflation to near its highest level in more than 40 years.

The central bank raised interest rates seven times in 2022, totaling 4.25 percentage points, and officials have identified imbalances in the labor market as a key area they want to address. There are still about 1.7 vacancies for every available worker, a condition that has led to increases in wages but which have not kept pace with the rise in the cost of living.

ADP reported that annual wages rose 7.3% year over year in all categories, led by a 10.1% increase in the key leisure and hospitality industry.

“The labor market is strong but fragmented, with hiring figures varying widely by industry and company size,” said Nela Richardson, ADP’s chief economist. “Divisions that hired aggressively in the first half of 2022 have slowed hiring and, in some cases, cut jobs in the last month of the year.”

Trade, transportation and utilities saw 24,000 job losses this month, while natural resources and mining fell 14,000 and financial activities fell 12,000. Other notable gainers by sector were professional and business services (52,000), education and healthcare services (42,000), and construction (41,000).

The job gains were split evenly among small and medium-sized businesses, which collectively added 386,000 workers. Businesses with more than 500 employees reported a drop of 151,000.

The job gains cap a year in which payrolls averaged nearly 300,000 a month, according to ADP data, which may differ significantly from the Labor Department’s official count of nonfarm payrolls.

This growth was achieved despite an economy that posted negative growth – a widely accepted definition of a recession – for the first two quarters and aggressive tightening by the Fed. At their December meeting, central bank policymakers said they plan to raise rates further and expect no cuts until at least 2023, according to minutes released on Wednesday.

The ADP report comes a day ahead of the Labor Department’s census, which is expected to show nonfarm payrolls grew by 200,000 and the unemployment rate held steady at 3.7%. Nonfarm payrolls rose 263k in November, far more than the ADP total.