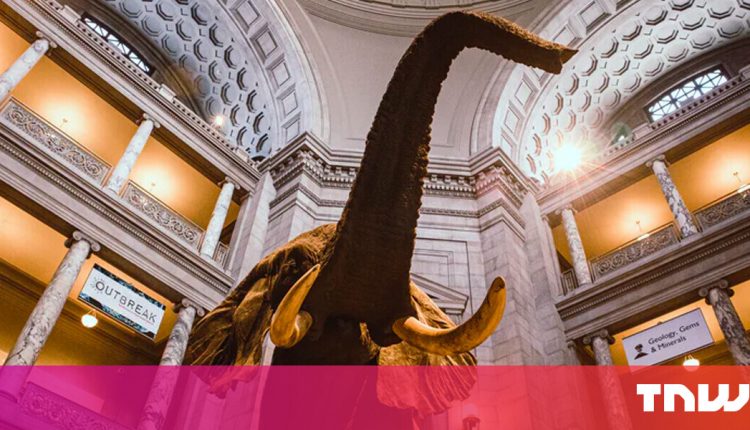 For millions of children, it is an extremely painful experience to be dragged into a museum that is more marked by standstill than living history – as in the film “Night in the Museum” with Ben Stiller.

That could change, however, with the development of a new mixed reality (MR) technology that could bring new forms of interactive storytelling to our museums – introducing holographic tour guides and immersive digital displays instead of finger-smeared glass cabinets and faded information boards.

As opposed to being fully immersed in virtual reality (VR) or the computer screen required for augmented reality (AR), MR uses a head-mounted glass display, similar to Google Glass glasses, that allows the user to see theirs real world Environment while virtual functions are superimposed, creating a sense of mixed perception.

To achieve this, MRI machines are equipped with sensors that are essential for tracking the user’s movement. MR machines are also equipped with cameras that recognize cues from the environment to support the seamless overlay of virtual features with the physical world. All of this is achieved through the projection of 3D graphics onto the glass display – a process that creates a hologram.

As a result, visitors to future MR-enabled museums could search for lost pirate gold, avoid booby traps, or wade through attacked by crocodiles Waters in search of informative clues. We tried to include some of these exciting features in our own experimental MR study at the Egyptian Museum in Cairo, in which guests dodged warring charioteers and looked for ancient relics.

Microsoft HoloLens hardware and the new “MuseumEye” software were used in our MR museum experiment in Cairo. Ancient Egypt was a wonderful time in human history that could be brought back to life with the help of technology – our images made them look more like “The Mummy” than “Night at the Museum”.

In our experience with the MR Museum, holograms of King Tutankhamun and his wife Queen Ankhesenamun walk visitors through the museum, discussing how they used to live, and demonstrating how they would use some of the 120,000 tools and artifacts on display.

In order to make these ancient artifacts more accessible to visitors, we had to scan many of the exhibits in 3D so that they could be digitally rendered as manipulable 3D objects. Scanned antiques were then fed into a program called “Unity”, which we could use to map hand movements to tasks. For example, a pinch was coded as a command to shrink an artifact. The moving figures in the MR exhibition were modeled in the programs “zBrush” and “Autodesk Maya”. As a result of this extensive coding work, visitors were able to “pull objects off the shelf” and examine them in detail using hand gestures captured by the HoloLens.

Elsewhere, we’ve animated reenactments of ancient Egyptian warfare, with soldiers and chariots racing through exhibition rooms. We also offered guests the opportunity to become an archaeologist for the day and unlock the treasures hidden in the museum. By scoring points on the discoveries we made, we turned the museum learning process into a game – something that has been shown to improve the educational outcomes of museum visits.

Around 171 museum guests rated the MuseumEye application, with over 80% of those surveyed finding the MR experience a significant improvement in interactivity, entertainment, and educational value. And there are other advantages: In a separate study, we found more MR guides cost efficient as a human tour guide, with the added ability to bid Real time Information about the behavior of the guests and the overcrowding of the areas.

A number of other museums have started experimenting with MR. The National Holocaust Center and Museum used the HoloLens in their exhibition “Witnesses of the Child Transport”. Over in New York, the Intrepid, Air & Sea Museum hosted an MR installation called Defying Gravity: Women in Space. In Washington DC, the National Geographic Museum hosted “Becoming Jane” to introduce visitors to the life and work of chimpanzee researcher Dr. Jane Goodall immersed.

In addition to museums, MR is used for the HoloDentist project, with which prospective dentists can safely operate virtual patients. The .rooms project is using MR to support interior designers so that people can walk around and change the furniture and functions in their home.

With MR technology still in its infancy, the devices currently available to developers are both limited and expensive. For this reason, the Egyptian Museum is currently not using the MR developed by our team. A Microsoft HoloLens costs around $ 3,500 (£ 2,570), and large museums may need up to 300 headsets to conduct effective MR tours.

However, this technology seems poised for rapid growth. After Facebook’s Oculus Rift VR headsets failed to capture the public’s imagination, the company recently announced the release of its own brand of MR smart glasses, slated for later this year. In 2020, Nreal brought the U + Real Glass MR headset in Korea as a cost efficient Everyday use device with plans to expand sales in Japan and Europe in the coming years.

Our MuseumEye software demonstrated how MR technology can bring history to life and bring benefits to both museums and their guests. With the release of new, inexpensive MR hardware and the further development of the hologram software, we expect museums to work more closely with MR in the coming years and make “Night at the Museum” an everyday reality.

This article by Ramy Hammady, Lecturer in Computer Games at Solent University, and Carl Strathearn, Research Fellow, Computing at Edinburgh Napier University, is republished by The Conversation under a Creative Commons license. Read the original article.

Weekly Local weather and Vitality Information Roundup #439 – Watts Up With That?