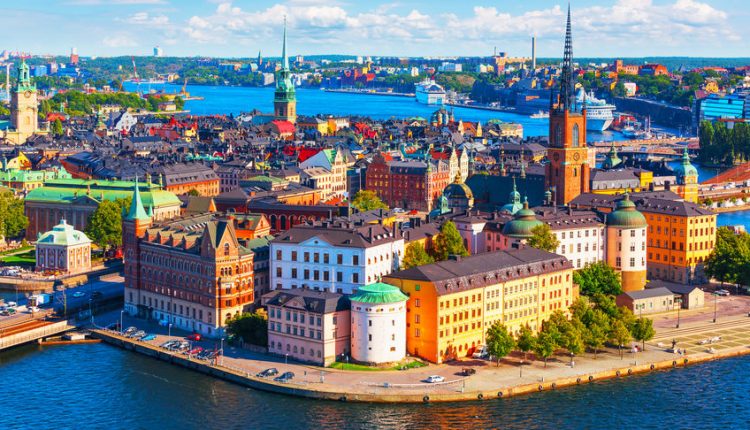 Sweden has some good things. One of them is SCB, Statistics Central Bureau, a gem for statistics freaks.

Sweden also made headlines for its alternative no-lock policy during the pandemic. So let’s look at some numbers.

One table of particular interest in these pandemic times is the weekly death rate, and it is even more interesting when we compare this to the Worldometer Covid statistic.

I’m basing the stats on reports dated December 5th, but making a cutoff on November 15th to avoid errors due to late reported deaths. According to SCB, there are no significant changes in data that are older than two to three weeks. We can therefore be confident that the data will be correct by November 15th.

Figure 1 Worldometer dated December 5th with a limit of November 15th Figure 2. Total number of deaths per day in Sweden up to November 15th. 2020 numbers in purple, the green lines averages from 2015 to 2019 and the red line shows 2020 numbers when the reported Covid deaths are subtracted.

According to Worldometer (see Figure 1), Sweden had 6,405 corona deaths as of November 15. That’s around 600 deaths per million people, making Sweden one of the hardest hit countries like the UK, France and the US.

As we can see in Figure 2, the excessive deaths from Covid are clearly visible from mid-March to June, and a second wave also begins from mid-October.

Here comes the interesting part, however, the excess mortality rate for 2020 compared to the 2015-2019 average is only 3570. That’s only 56% of the Covid deaths reported by Worldometer over the same period.

This is because the death rate for 2020 is below average both before the first wave and in the time between the two Covid waves. SCB’s actual numbers before, below, and after the first wave of Covid are shown in the table below

Table based on figures from SCB. We see that both before and after the first wave of Covid, 2020 has a lower death rate than the 2015-2019 average.

Parts of this anomaly can be purely coincidental. For example, the 2019-2020 influenza season was particularly mild in Sweden.

It is fair to speculate that the worrying pandemic reports earlier this year may have affected enough people to be extra careful with infections, and therefore caused the influenza to spread less, but that can be a stretch.

Swedish chief epidemiologist Ander Tegnell suggested that the mild influenza season is partly responsible for the relatively high Covid death rate at the start of the pandemic. More of the most at risk survived the weak influenza season, meaning Sweden entered the Covid pandemic with a higher number of people at risk than normal.

He may have a point, but nonetheless, the excessive deaths in 2020 are expected to be large enough to cut life expectancy across the country by 0.3 years. Stockholm County life expectancy is projected to decrease by 1.2 years from 83.7 years to 82.5 years.

Another interesting aspect is that the Worldometer statistics for Sweden have always shown a decline in the last few days. The reason for this is that there are delays in reporting, so the reported numbers are way too low for the past few days. This is illustrated in the two following figures.

It’s too early to tell if the rate has continued to rise after November 24th.

These two graphs illustrate how easily we can be fooled by statistics, and that can be dangerous as we rely on good statistics to make the right decisions.

For example, authorities use the number of newly infected numbers as a tool to either tighten or relax the restrictions that decrease the reproductive rate R. The aim is to keep R below 1.0. I’m pretty sure that decision-makers in government are aware of this delay, but the public may not, and this affects how seriously we take the situation.

Worldometer is a universally used site and many lay people search for their countries. If the statistics show a decline in the past few days, many will think, “Thank God it’s over, we can let up now.”

That may not be the case.

In accordance with the CEO of Redfin, the booming property market in Covid can get even hotter